OBJECTIVE: To observe the changes of the corneal thickness and ednothelial cell for youth myopia patients fitted with long-term orthokeratology (Ortho-K, OK). METHODS: Retrospective case series study. During 2000 to 2005, 30 patients with OK lens wearing more than seven years in the Bei Yi Optometry & Ophthalmology Center had been chose in this study, and all the right eye of each person was selected for retrospective case statistics (30 eyes). the measure instruments, including A scan pachymeter and endothelium microscope, were used to the long-term continuous supervise, which involved the central and para-peripheral corneal thickness, corneal endothelium and corneal conjunctival complications rate. Then the 30 patients were divided into two groups: the moderate-low myopia group is less than -4.00 D with 12 patients (24 eyes), and the high myopia group is more than -5.00 D with 10 patients (20 eyes). And the difference between two groups was involved in this research. The one-way analysis of variance was used to compare before, after six months, after one year, after three years, after five years and after seven years OK lens wearing for the patients. And the variance analysis was used to compare between moderate-low and high myopia groups.

CONCLUSIONS: In generally, it is safety for youth with long-term scientific and standardized wearing high Dk material orthokeratology contact lens.

PURPOSE: To study the pachymetry map of the corneal epithelium in children wearing orthokeratology lenses automatically generated by a Fourier-domain optical coherence tomography.

Title：Overnight orthokeratology is comparable with atropine in controlling myopia

BACKGROUND: Many efforts have been invested in slowing progression of myopia. Among the methods, atropine administration and orthokeratology (OK) are most widely used. This study analyzed the efficacy of atropine and OK lens in controlling myopia progression and elongation of axial length. METHODS: This retrospective study included 105 patients (210 eyes) who wore OK lenses and 105 patients (210 eyes) who applied 0.125% atropine every night during the 3 following period. Student t-test, linear regression analysis, repeated measure ANOVA, and Pearson's correlation coefficient were used for statistical analysis. RESULTS: The change in axial length per year was 0.28 +/- 0.08 mm, 0.30 +/- 0.09 mm, and 0.27 +/- 0.10 mm in the OK lens group, and 0.38 +/- 0.09 mm, 0.37 +/- 0.12 mm, and 0.36 +/- 0.08 mm in the atropine group for years 1, 2, and 3, respectively. Linear regression analysis revealed an increase in myopia of 0.28 D and 0.34 D per year, and an increase in axial length of 0.28 mm and 0.37 mm per year in the OK lens and atropine groups, respectively. Repeated measure ANOVA showed significant differences in myopia (p = 0.001) and axial length (p < 0.001) between the atropine and OK lens groups; in astigmatism, there was no significant difference in these parameters (p = 0.320). Comparison of increases in axial length in relation to baseline myopia showed significant correlations both in the OK lens group (Pearson's correlation coefficient, r = 0.259; p < 0.001) and atropine group (r = 0.169; p = 0.014). High myopia patients benefited more from both OK lenses and atropine than did low myopia patients. The correlation of baseline myopia and myopia progression was stronger in the OK lens group then in the atropine group.

CONCLUSIONS: OK lens is a useful method for controlling myopia progression even in high myopia patients.（对于高度近视，佩戴OK镜还是可以很好的延缓近视发展的） 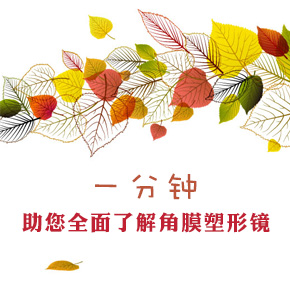